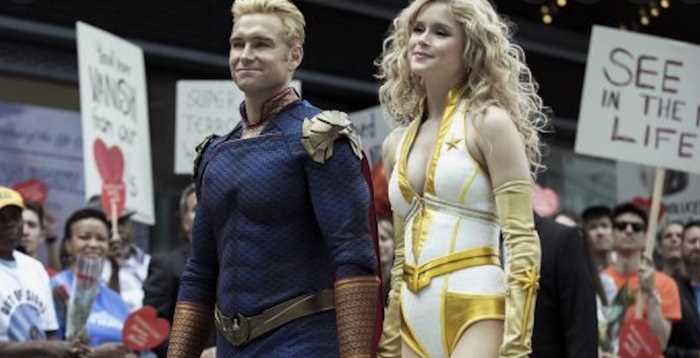 The Boys season 3 is due to air on June 3rd this year. Season 2 left on a high note, so can the following season emulate the same height? Fans of the show are eager to see what The Boys season three will look like in a few months, but what about things you might have missed? No doubt the anti-superhero show has gained popularity over the years. It shows the ugly reality of being a superhero and that maybe not all superheroes wear capes or high boots in some cases.

But if you’re like the millions of fans of the show, here are five things you might have missed from the previous season. Before we begin, we will talk about spoilers. So bear that in mind before reading.

Homelander is one of the evilest anti-superheroes ever created. Throughout the show, we see this in clear light. But no example is more evident than in the scene where Homelander and Queen Maeve fail to save the airplane highjacked by terrorists.

This particular scene is quite symbolic of events that happened in our very own timeline. After they fail to save the plane, Homelander gives a speech where he says: “And I hear you, brother… And the rest of the world hears you” to a man that says: “We hear you, Homelander.” The scene is a direct reference, not a quote, to Geoge W. Bush after the events of 9/11. In a famous interview, the President of the United States said: “I can hear you. The rest of the world hears you.”

Season 2 introduced a host of new characters, each more evil and vile than the next. But none excited fans more than Giancarlo Esposito. The American actor is best known for his role of Gus Fring from Breaking Bad and Better Call Saul, the spinoff show. Esposito is a top-level Vought executive that appeared in the final episode of season one.

Does this mean Mr. Edgar’s fate is sealed? Or does it mean he plans on a luxury holiday in Belize?

In season one, episode four, Butcher is having a conversation with Mother’s Milk and Frenchie. In this particular scene, the airport scene, a fly makes an appearance on the screen. Fans will likely miss this detail, but there might be something behind it. Many fans are saying that an error of this magnitude cannot be missed in post-production. This means that there might be a specific reason for this fly to appear in the scene.

Speaking on the matter, Eric Kripke, the show’s writer, is intrigued that fans have picked up on such a minor detail. In a Reddit AMA, Eric dismissed the meaning of the fly and said that the fly only serves the purpose of making the show more “real.” But fans are dismissive of his comments, saying that there might be a bigger reason why the fly appears.

In one of the later episodes of season two, we are introduced to a brand new character – a disgraced ex-Vought superhero named Lamplighter. Lamplighter is played by Shawn Ashmore, who also plays Iceman in X-Men. Both superheroes are opposite. Lamplighter plays with fire while Iceman plays with ice. But in X-Men, Iceman fails to convince his brother – Pyro – into joining the X-Men. Instead, Pyro joins Magneto’s forces. Pyro is quite similar to Lamplighter. While Pyro doesn’t hold a lamp like Lamplighter, they have the same superhero powers.

Is this a direct reference to the X-Men franchise? Sadly, Eric has no comments on this.

Fans of the show know that the Vought superheroes are anything but heroes. They’re the opposite of that, with Vought’s ultimate goal being to be used as an American contractor for war. Naturally, the superheroes all know this and have free reign over their victims. If you haven’t watched the show, do know that one of the main characters, Butcher, holds a particular grudge against Homelander.

Butcher’s wife worked for Vought, and she was sexually abused by Homelander. In a fight between Black Noir and Butcher, just as Noir is about to kill Butcher, the protagonist plays one last trump card. He says that he has incriminating evidence that Homelander abused his wife and has a son with her.

In the same scene, Butcher says that he will send the evidence to Ronan Farrow. Ronan Farrow is a real-life journalist that made the breakthrough of exposing Harvey Weinstein. In addition to that, throughout the show, The Boys introduces seven additional journalists that exist in our world and have made the same breakthroughs against Hollywood sexual predators.