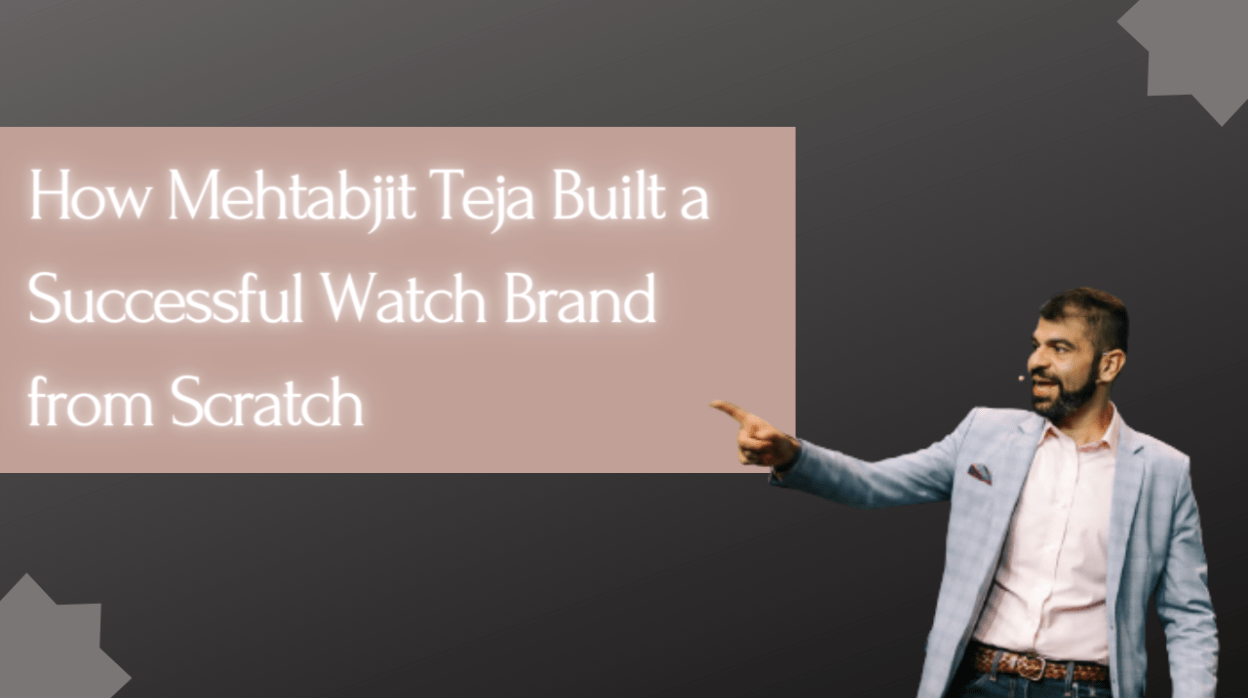 It is always inspiring to hear about people who constantly work towards their goals by dreaming big and having bigger goals in their lives—and sharing their success journeys of self-made professionals who survive and thrive on their passion for doing things greatly and differently. Mehtabjit Teja is one of the self-made entrepreneurs who have proven their skills and achieved what was planned. He is a shining name in the e-commerce world and contributing his efforts toward making this digital business place a more accessible landscape for people looking to grow.

Right after moving to Canada Mehtabjit started his journey in the digital world by joining BestBuy as a media buyer. He learned the dos and don’ts of digital marketing and also gained experience in the e-commerce field. That was the time when he planned to start his own online store from scratch and that was the beginning of Branzio Watches, the men’s watch brand.

Branzio Watches is a large watch brand that Mehtabjit started in 2018 as a Canadian entrepreneur. He scaled up this online store to exponential growth levels by utilizing his wide-ranging digital marketing and eCommerce development skills.

Mehtabjit said in an interview that, he’d done some online marketing work for a brand named MVMT watches and then he decided to start his own watch store from scratch. I hired a designer from Vancouver and did lots of work in the first 6 months to make a men’s watch. Then I started a kickstarted campaign and raised $150000. That was the beginning of Mehtabjit’s success in the eCommerce sector. Now he is earning 8-figure revenue from his 15+ online stores.

From starting an online watch store from scratch to establishing a vast network of thriving e-commerce websites, Mehtabjit is a tycoon in the industry with a passion to support like-minded people with his experience and skills. He is selling watches in more than 50 countries around the globe and has a mission to scale his brand in 120 and more countries because he has an experienced team of professionals in e-commerce and digital business development. He has developed several online brands people love to buy from and secured a visible position among renowned serial entrepreneurs worldwide. Loyal members of his team belong to different corners of the world and work hard towards the mission of Mehtabjit Teja to make e-commerce accessible and profitable for all.

Mehtabjit is a Motivational Speaker Too

Along with running and managing his online empire, Mehtabjit also speaks on public events and conferences to let people know about the benefits and potential of being an online entrepreneur. He himself is a true motivation and inspiration for people looking to kick-start careers in this digital sphere. He also encourages them to take the first difficult step to start the journey of success and growth. Because success always chases those who are hardworking and believe on consistency.

Determination, hard work, and consistency are the values behind the success of Mehtabjit as he always works hard to achieve his goals and never loses hope. He is a constant learner as digital marketing and eCommerce are fast-changing industries and there is always something new to adapt for growth and scalability. From e-commerce website development to increasing the visibility of online stores in search engines, he knows the skills to get things done in a unique and best way possible. He believes that as he is earning 8 figures with eCommerce, everyone can do the same.