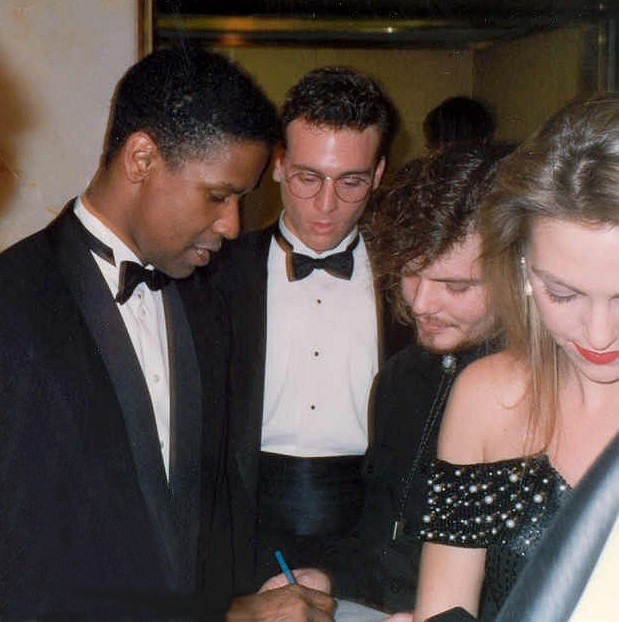 Denzel Washington is one of the best-known actors in Hollywood. He is also a director and a philanthropist who is known for winning 3 Golden Globes, one Tony Award, 2 Academy Awards, and seventeen NAACP Image Awards.

His career has spanned more than forty years and he has brought to life everything from romantic comedies to stage presentations of classics. Washington is public about his Christian faith and says that he has thought about becoming a preacher more than once. He also has four children and has been married since 1983 to Pauletta Pearson.

Denzel Washington has been one of the most successful and caring actors that Hollywood has ever known and he has consistently made time to undertake philanthropic projects while maintaining a family life and a career.

Denzel Hayes Washington Jr. was born in Mount Vernon, New York December 28, 1954. His mother owned a beauty parlor and his father was a Pentecostal minister and an employee of the New York City Water Department. Washington went to school in Mount Vernon until he was 14 when his parents divorced.

After the divorce, he was sent by his mother to the Oakland Military Academy in New Windsor. He credits this choice with saving him from becoming involved with illegal activities that he was being exposed to by his friends at the time. He says that he spent a lot of time in the Boys and Girls Club growing up when he was not in school and that this led him to become the creative arts director of a summer camp run by the YMCA.

It was here that he first tried acting when the staff suggested that he hold a talent show for campers. When Washington came back to Fordham University after this summer job was complete, he decided to study acting and was almost immediately cast in lead roles for school performances. After he completed his degree, he went to the American Conservatory Theater graduate degree program that would launch his acting career.

Washington has been married to Pauletta Pearson since 1983 and they have four children. John David was born in 1984, Katie was born in 1986, and the twins, Olivia and Malcolm were born in 1991. Washington has also served as the national spokesperson for the Boys & Girls Clubs of America since 1993. He was also awarded an honorary doctorate by Fordham University in 1991.

The stated net worth of Denzel Washington is $250 million. The sources for his wealth are numerous because he is an actor, a director, a producer and has also been the face of various ad campaigns over the years.

Some sources cite his current annual salary as $23 million. These kinds of figures are often a bit variable based on royalties and projects that an actor is working on that have not kept to their stated schedules as well as ad campaigns and other sources of income that may or may not be running throughout the year.

Figuring out the wealth of actors with any accuracy can be tough because they also own many properties that are usually lavish and can be considered part of their total assets. Washington owns numerous properties just in Los Angeles and Beverly Hills alone, so there is likely value in these assets that are not being added into his total net worth.

Denzel’s first signature role that made him famous was his role as an ex-slave in the film Glory. This role won him an Academy Award and cemented his place among the rising stars of Hollywood. This was in 1989, and by 1990 he was cast as Malcolm X in the 1992 movie by the same name. This role also won him an Academy Award. Later that same year, he established his own production company.

Other well-known roles that Washington has earned praise for are his roles in Courage Under Fire and The Preacher’s Wife. He received a Golden Globe in 2000 for his role in The Hurricane about boxer Rubin Carter who was convicted for murder and then released after 20 years when it was found he was innocent. Washington’s role in Remember the Titans earned him praise again and he won an Academy award in 2001 for his role in Training Day. Washington followed this success up with the lead role in John Q. and worked in movies that were major box office hits like Inside Man, and American Gangster.

Washington starred in the remake of The Magnificent Seven in 2016 and more recently he accepted the role of Macbeth for the 2021 film adaptation of this classic that was released that year. He directed A Journal for Jordan: A Story of Love and Honor in 2021 as well.

Throughout his time acting on the big screen, Washington has also accepted roles in the theater and has headlined as Brutus in the Broadway production of Julius Caesar as well as winning a Tony for his work in Fences opposite Viola Davis.

Washington’s career has been long and distinguished and he is nowhere near done with his acting and production work.

Denzel Washington Has Had an Exceptional Career

Denzel Washington has one of the most storied careers of any actor and producer still working in Hollywood. From roles on the stage to starring roles in blockbusters that have earned him major awards, there is nothing that he has not done. Through all of this, he has remained a generous, humble, and family-focused man who expresses a strong faith and a desire to do good things for others whenever he can.