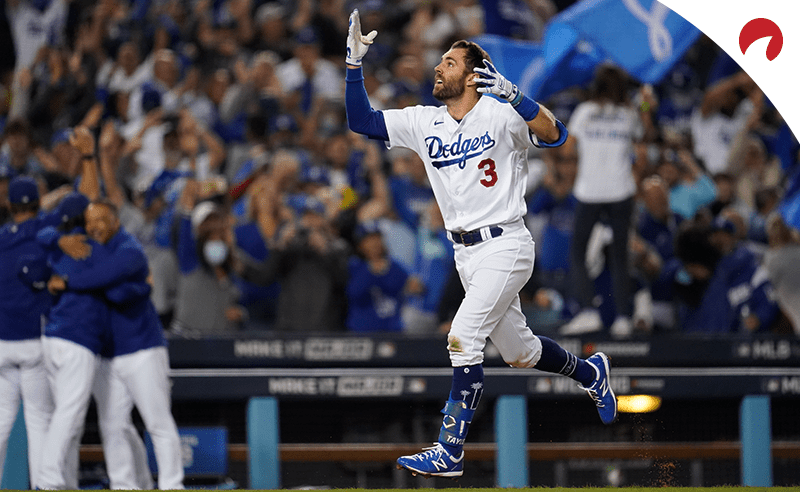 With the MLB regular season at almost Memorial Day Weekend, there are some MLB divisions that are better than others. The National League West is once again one of the best divisions in all of baseball during the 2022 MLB regular season. They had two teams at the top of the standings last season in the Los Angeles Dodgers and the San Francisco Giants.

As they once said, the wild wild west. That is the case here in 2022 like it was in 2021. Predictions today have been made in the past and they can always change. What are the odds for the 2022 National League West division champion?

The Dodgers do have some stiff competition once again this season in this division with the San Diego Padres and the San Francisco Giants.

The Los Angeles Dodgers have not played them really yet in the MLB schedule, but those series are going to be absolute fireworks shows when the time comes.

Los Angeles is thinking not only the National League West title, but also the World Series title  in 2022. They are also the favorite to win it all on various sportsbooks.

The Dodgers having one of the best starting rotations in all of baseball led by Walker Buehler, Julio Urias, and Clayton Kershaw certainly help. Freddie Freeman, Max Muncy, Trea Turner, and Justin Turner help this line up go and so does Mookie Betts. Get early Dodgers tickets to get the best seats and enjoy their play live at the stadium.

The San Diego Padres have the second-best odds to win the National League West crown in 2022. San Diego has a very talented roster and it feels more cohesive this season because of manager Bob Melvin. He has meshed teams together when he was the manager of the Oakland Athletics.

The Padres could very well win 100 games this season and also the division title. San Diego has tons of talent on its roster. Manny Machado, Eric Hosmer, and Jurickson Profar are three of the key players on this roster.

They don’t even have shortstop Fernando Tatis Jr. available yet due to injury.

The bullpen could use a little work though however, but they will be fine.

The San Francisco Giants are not a one-year wonder. Manager Gabe Kapler and San Francisco should easily be over .500 this season and be one of the six playoff teams in the National League.

The Giants had the most wins in all of baseball last season. It might be a little bit more difficult for them to win the division crown this season though.

Logan Webb leads this starting rotation and it is one of the more underrated starting rotations in all of baseball. Brandon Crawford, Evan Longoria, and Mike Yastrzemski are three of the key veteran ball players on this baseball team.

The only thing that can derail the San Francisco Giants this season is their bullpen. It has blown leads several times, but they also have a solid fielding baseball team though and will see how it goes moving forward.

The Colorado Rockies had a very nice start to the 2022 MLB regular season, but Colorado has fallen off a cliff despite signing Kris Bryant in the offseason and having Charlie Blackmon around.

Their manager is Bud Black and they will be near the bottom of the National League West standings once again this season.

The Arizona Diamondbacks will finish in last place in the National League West and Arizona is currently rebuilding. Their manager is Torey Lovullo.