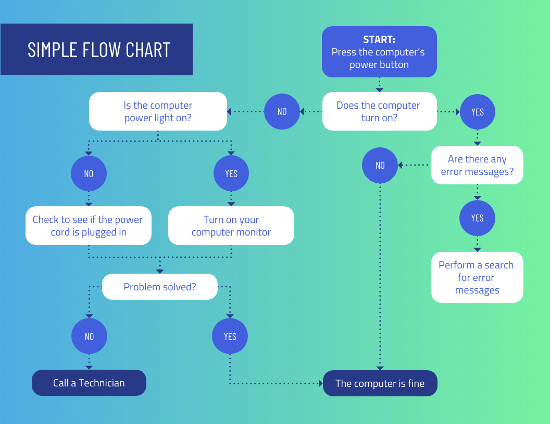 What is a pitch deck? A film pitch deck is a presentation that is created to accompany a film pitch, so it must be strong and effective, to convince the people who you need to convince that your idea for a movie is worth putting budget behind.

How To Create A Pitch Deck

I have been part of many film pitches and even produced a few low-budget feature films, so I feel confident in saying that if you include the following 11 items in your film pitch deck, you will be ahead of the game.

You need to quickly get across what your movie is about. Include the basic premise, the main characters, and milestones in the story. All of this can be covered in a couple of sentences. A good story sells itself, so the quicker you can get across what it is you are trying to make, the better. You can also use some visuals to convey the storyline. Check out a flow chart example on Venngage.

Make sure that your movie has a great title. This will help market and brand your film later on and the name needs to say what the movie is about. Titles are tough to get right, so you might want to run your title by some friends who aren’t filmmakers and see if it makes sense to them.

Your pitch deck template must include a logline, which is an elevator pitch for your film. A logline is one sentence that tells your audience what the movie is about, where it takes place and who the main characters are. Loglines should be as short as possible without omitting anything important to the story.

If you have a director attached already, make sure their name is included in the film pitch deck. If you plan on directing the film yourself, then this needs to be part of your plan. You can’t expect to get funding without a director in place.

A script is not necessary for your film pitch deck, but it depends on what kind of movie you are pitching. If you are interested in making an action movie, then a script will be necessary. The same goes for comedies and dramas, so plan accordingly. Other than that, you can include treatment or a structure that breaks down your movie into acts and scenes. This also helps people to quickly understand the story of your film.

I would highly recommend including at least a ten-minute segment of completed footage from your film. If you have a trailer, then use that. Some movies may not have anything to show, but if there is any way you can include some footage from the movie in your pitch deck, it will go a long way towards getting people on board with your project.

Your crew is super important and one of the reasons you should try to include completed sample footage in your pitch deck. If people see that you have a great DP, production designer, or editor attached to the film, they will be much more interested in getting involved. The same goes for actors, because if there are recognizable faces attached to the project, then people will be more likely to believe that the movie is going to happen.

Now, what is a pitch deck for film for if you do not include the budget? You need to include a line item budget in your film pitch deck. This needs to include all things, including pre-pro, production, post-production, and even miscellaneous items like insurance or permits. You can’t expect to get funding without a budget in place.

You must include the schedule of milestones in your film pitch deck. This is basically when you plan on completing pre-production, production, and post. A movie is a massive undertaking and if people don’t know what they are getting into, then they will quickly lose interest. You need to show that you have a plan in place and you will be able to complete the movie on time and within budget.

Lastly, include a link to your social media presence and website. Pitch deck examples usually include this for added publicity and exposure. If you don’t have them both together, then you should add a link to your website in your social media section. You want to show people that you are an active person and that they can expect updates from you regularly.

No matter what type of film you are pitching, these eleven items should be included in your film pitch deck. If you follow this list, then your chances of getting funding will skyrocket. Good luck with all your pitches!